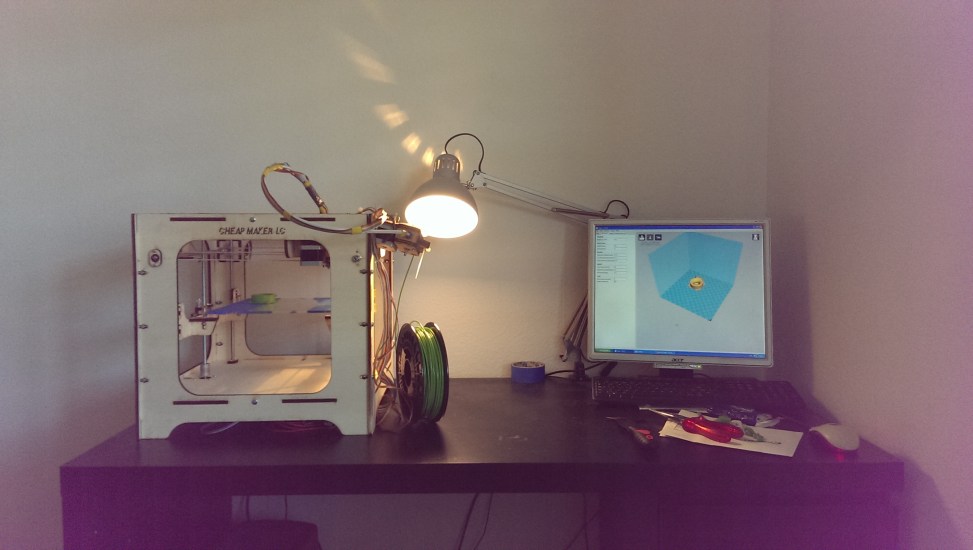 Only six months after my first homemade RepRap, I am already thinking about a new one. The first one was in fact a kind of prototype, I have learn a lot of things with it, but now, I want to correct my mistakes:

– The moving parts were too heavy, huge extruder with embed motor on X axis, and heavy bed on the Y one.

A few pictures of the first printer and the limited quality I was able to reached:

So now it’s time to build a new one !

I want it to be, way smaller, with something like 150x150x150 mm^3 build volume, and to have ultra light moving part.

The frame will be made of laser cut 6mm pliewood.

Here are a few pictures of the finished 3D printer, I named it the Cheap Maker: